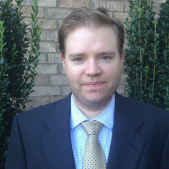 Attorney Michael Kreis is a founding member of Kreis & Sykes, PLLC. Mr. Kreis has represented and counseled immigrants since 2004. Before his immigration practice, Mr. Kreis practiced in the areas of business organization and corporate real estate.

A native Memphian, Mr. Kreis is a graduate of Christian Brothers University and the Cecil C. Humphreys School of Law, where he served on the University of Memphis Law Review and received an award for his legal writing. Mr. Kreis and his wife have two sons. 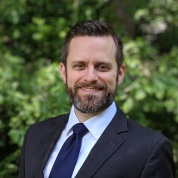 Attorney Jeremy Sykes is a founding member of Kreis & Sykes, PLLC. Prior to his immigration practice, Mr. Sykes worked in trusts and estates in a nonprofit setting, and he served as a clerk for the United States District Court for the Western District of Tennessee.

Mr. Sykes is a native of Memphis, where he resides with his wife and twin children. He is a 2003 graduate of Rhodes College and a 2006 graduate of the Cecil C. Humphreys School of Law. Mr. Sykes served as an associate editor for the University of Memphis Law Review and has received awards for his legal writing. He previously served as an immigration advisor to the Memphis Mayor's Office of Multicultural and Religious Affairs. Mr. Sykes is currently an officer at Idlewild Presbyterian.